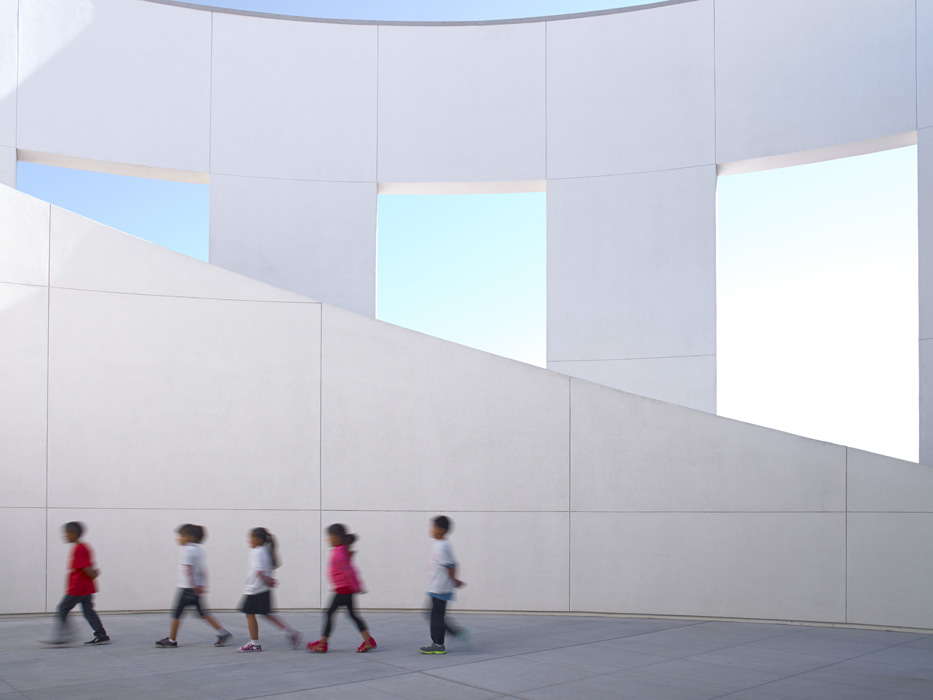 Buena Park, CA (June 20, 2014) – Voters overwhelmingly supported a $71 million bond measure to upgrade their aging facilities and implement the vision of the Governing Board and Superintendent to bring their facilities into the highest level of 21st Century Learning Environments.

Earlier this year, the Buena Park Elementary School District approved BCA’s Long Range Facilities Master Plan for their schools in a unanimous vote.  Buena Park was particularly interested in working with BCA Architects because of the firm’s focus on campus safety/security in design and 21st century education, not to mention the firm’s two educators on staff, Devorah Merling, and Edwin Diaz.  BCA’s master plan aspires to bring the district to the highest level of 21st century learning.

“BCA led extensive outreach efforts to each of the school sites and each site community while defining the future direction of the District’s facilities through the Long Range Master Plan,” said Paul Bunton, AIA, President of BCA Architects. “We had multiple planning sessions with the school board, Superintendent and Cabinet, teachers and parents in each school community.  It was the Boards goal, as well as ours, to build consensus throughout the District on a unified direction for the master plan, one that is truly designed for, and by, the community.”

“BCA is the most knowledgeable architectural firm that we have worked with and they have brought great leadership and education to our district through the development of this long range master plan,” said Greg Magnussen, Superintendent of The Buena Park School District. “BCA’s presentations are clear, precise and always to the point. We appreciate the vision they brought to the district and their commitment to our community.  We are looking forward to working with them on the implementation of this visionary plan”.

Many design aspects of the master plan focus on creating a safe, modern environment where the students can thrive in. The primary short-term goal of this plan is to create learning environments where every student will have access to personal computing devices and other tools to work collaboratively and creatively with their peers throughout the school day to assist the educators in reaching the goals of the Common Core Curriculum. All school sites will receive electrical and computer network system upgrades needed to install robust wireless networks that will allow all students to have filtered and appropriate access to web-based resources throughout the entire campus.

A secondary goal of this plan is to maintain all school facilities at the high standards expected by the community. All elementary schools including the junior high will receive a “classroom modernization,” which includes finishes such as carpet, vinyl wall covering, “waltalker” dry erase station, and new ceilings with energy efficient lighting. One aspect of the master plan that is particularly exciting is the 21st Century Classroom template that was established by Buena Park’s Technology Task Force. This template was recently implemented in three physical demonstration classrooms three school sites in the District to be able to begin the process of transforming the educational environment into the 21st Century Learning Environments.

“The mission of the Buena Park School District, is to provide all children with the educational, social and technological skills needed to successfully experience and contribute to the world around them,” said Greg Magnuson, Superintendent of The Buena Park Elementary School District. “In this rapidly changing 21st century environment, we are pleased to continue to be in the forefront in providing instructional and community services to our students with the assistance of BCA.”

Devorah Merling, 21st Century Educator in Residence, and Mehruss Jon Ahi, Project Designer II at BCA, both played an integral role in designing this master plan. Their shared goal was to examine the historical aspects of the site and keep those pieces in mind when creating the new plans. “Working with the District and the Tech Task force has been a true honor,” comments Merling.  “We not only wanted to fulfill their structural, mechanical and security needs, but we also wanted to establish a personalized template for their 21st Century Learning Environments.”

“I was fortunate enough to work on the Buena Park master plan from start to finish and was able to see the overall progression,” said Ahi. “The process was very rewarding due to the fact that our team at BCA was able to listen to the District’s needs and curate a master plan that was all-encompassing. Moving forward, we will be able to exponentially grow each campus with the knowledge that we have attained through this collaborative process.”

For more information about BCA’s work on this project or others, please contact Kate Connors at 202-449-9804 and kconnors@macstrategies.com.